Main
News
Charity in the world 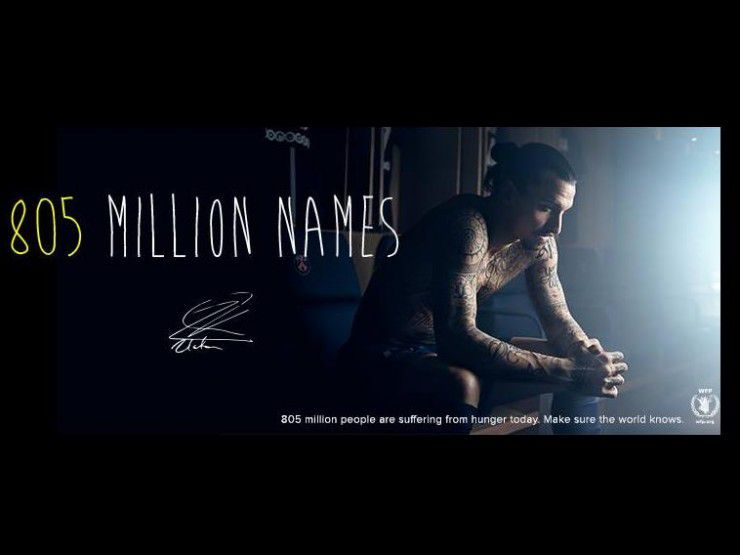 year ago
Charity in the world

The match on the 14th of February, held on Park des Princes, between the host “Paris Saint Germaine” and “Cannes” was for the majority of the footballers one normal work, and in Zlatan Ibrahimović’s career it was one of the most significant and outstanding matches.

Ibrahimović had 50 tattoos on his body made. He had the names of those people written whom he never saw but he wished that they feel his support and closeness. These are only few of 805 million people who suffer from starvation around the world.

“If I could I would have all their names written on my body. There are 805 million people who suffer from lack of food. Many of them are children. When hearing my name you will think of them”, - declared Zlatan.

These people are not displayed on the first pages of mass media… Starvation is a great risk for health, greater that tuberculosis, malaria and AIDS taken together.

Tags:
#Charity in the world