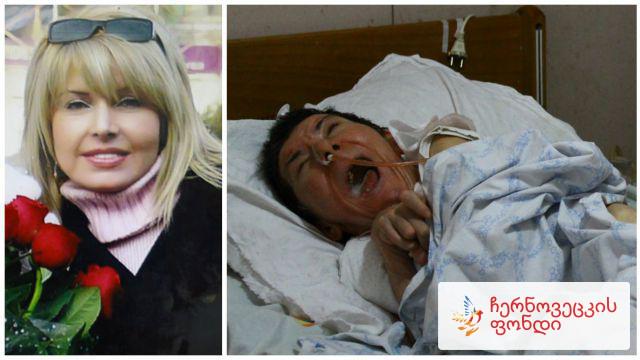 11531
Dear friends, the same person is on these photos – beneficiary of our Charity Foundation “Social Partnership” – Khatuna Chagiashvili!

Dear friends, the same person is on these photos – beneficiary of our Charity Foundation “Social Partnership” – Khatuna Chagiashvili! We would like to tell you her tragic story.

Nevertheless, an instant changed her entire life! One day Khatuna as usual went to work, to the theater, but she could not manage to get there… She felt bad in the street and fainted. Emergency took her to the hospital. Khatuna spent 26 days unconscious in resuscitation department! Her mom Nelly spent 26 days in tears praying at the door of her ward.

When heart-broken parents took Khatuna from the hospital, there was nothing left of beautiful, vigorous and cheerful girl! Khatuna was paralyzed, twisted in pain, she did not react to the sound, and her entire body was bleeding of terrible bedsores! When the father took her from the ward, she was light just like feather!

Nelly and Badri took care of her together. Soon father could not bear it and he became bedridden. Now Nelly has to take care of seriously ill daughter, and husband.

Khatuna needs special care. Her mom feeds her with syringe, pouring liquid food into the cannula from the nose. She turns her, changes her cloths, washes her, and always drains liquid from her mouth! Nelly does not work as she cannot leave her daughter and husband alone. The only source for leaving – tiny allowance, which is not enough for medicines and food!

Due to absence of money for treatment, standing of Khatuna does not change for 4 years so long. However, according to the doctors, expensive medicines and rehabilitation course will give Khatuna chance to recover!

The only organization helping this poor girl and her dedicated parents – is our Foundation “Social Partnership”. Nurses help bathing Khatuna, providing personal hygiene, treating her bedsores and changing sanation tubes.

Nevertheless, we cannot solve all the problems of that poor family alone! Thus, we summon all heaty people to help financially seriously ill bedridden Khatuna!

We do hope that together with you we will bring Khatuna back to life, healthy and beautiful! 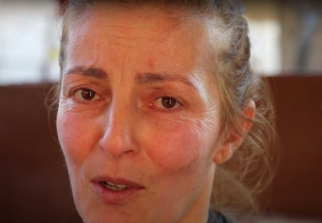 Ill adults
“Every day, I watch my body slowly die.” Lia needs a chance for a new life.
“It is so bitter to see your body dying gradually. I understand everything, my brain works, but everything else does not. I mourn myself, and they scold me, they say that I...
donated
$ 53.8
supporters
12
Donate 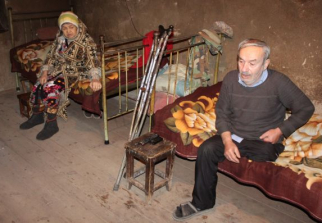 Ill adults
Dear death, please take us together!
Otar: If she dies - I will follow her; if I die - she will not be able to live even a single day without me. That’s it. We barely live out our days, we keep each other afloat...
donated
$ 1,492.82
supporters
248
Donate 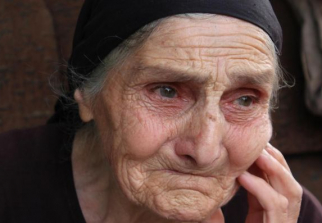 Ill adults
Will this winter become the last in the life of this beautiful and very kind old woman!
“While it was warm, we slept outdoors. We were afraid that the roof of our dilapidated house would collapse on our heads. But it already got cold - now it's impossible to stay...
donated
$ 782.03
supporters
120
Donate 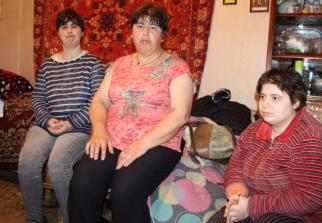 Ill adults
Friends, when their life and death are in our hands!
When they showed Liana a pile of bones and blood and said - "This is your daughter - medicine is powerless here, you can only pray and ask God that Maka stay alive," she learned...
donated
$ 529.31
supporters
110
Donate 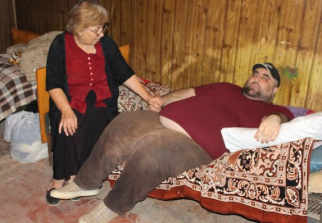 Ill adults
That's horrible! They are blind and destitute from the first day of their lives! The only thing they can "see" is the kindness of their compatriots! Hurry up to work a miracle, friends!
“The same curse haunts everyone from our family - we are blind. Our eyes eventually dry out and become completely unusable. Unfortunately, there is no cure for this, and we are...
donated
$ 1,294.28
supporters
209
Donate 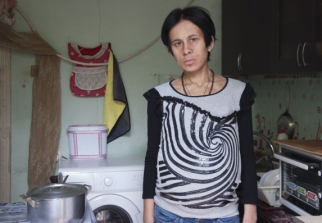 Ill adults
Only a heart of stone will not ache from Meri's tears and Leila's groans
“I am looking at myself and wondering, why was I born at all? I have not seen anything in my life, except for illness, pain, and hunger ... Mom! It would be better if you had an...
donated
$ 1,399.61
supporters
325
Donate 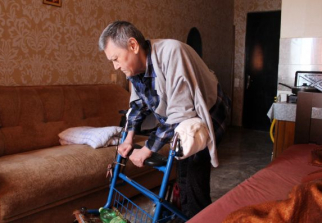 Ill adults
I was imposed on capital punishment - unbearable pain!
“The sentence to suffer to such single people like me is pronounced by those officials whose duty is to take care of the suffering! I am a citizen of Georgia and am proud of it...
donated
$ 593.72
supporters
105
Donate 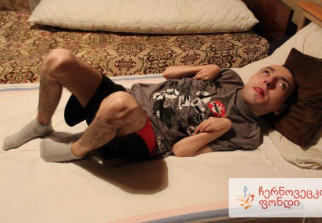 Ill adults
Our life has frozen at this misfortune!
My only son has been in this unbearable condition for thirty years now. Do you understand my pain and my helplessness? No, you don't, and I beg God that none of you will ever...
donated
$ 1,636.8
supporters
309
Donate 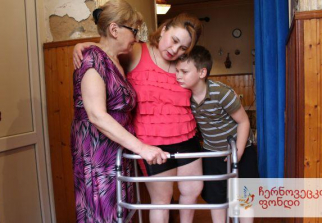 Ill adults
It is inhuman pain!!!!!! No one would stand it! Eleven complicated surgeries! And only the first of them turned a beautiful Georgian girl into a cripple! The last surgery is coming up... The most complicated and the most decisive!
Will Alena live or die? That is a question, friends! We found the best professor in Georgia, and he promised to save Alena's life and ordered the most advanced and expensive...
donated
$ 10,641.08
supporters
1,376
Donate