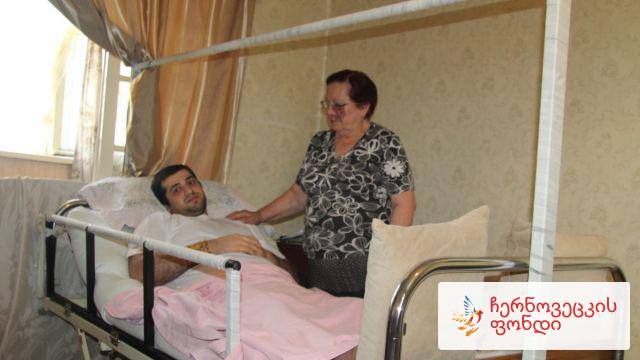 7120
Being a student at a theological seminary, was hired as a laborer at a construction site in order to help his family in curing his mother.

Murtaz Shavidze is a beneficiary of our Fund. This young man has been severely beaten by the destiny; he had to survive lots and lots of sorrow and miseries. But he always hoped for the God. Even now, being paralyzed, he does not give up praying and believes that he will recover.

When mother of Murtaz got ill, Shavidze family had to sell all their valuables: house, car and furniture, and they had to move to a rented apartment. Being a student at a theological seminary, 25-year old Murtaz was hired as a laborer at a construction site where his father worked. He went to work there in order to earn some money and to help his family in curing his mother. Unfortunately, despite all efforts, he did not manage to save his mother...

As if it was not enough for the family, one December day 2016 became fatal for the young man. The father and the son descended in an elevator of a building under construction. Something irreparable happened. The elevator became detached and fell into the elevator shaft. Since then Murtaz is bedridden, and apart from multiple fractures his feet grew numb. For already 9 months he cannot get up from his bed, and the doctor's forecast is still discouraging.

After the operations the father somehow managed to recover, he started to walk but could not work any longer. So, grandmother of Murtaz takes care of the two helpless people. She hides her miserable feelings as much as she can and hardly can hold back from tears – as God forbid that her dear grandson would lose a hope for recovery.

Murtaz Shavidze lives in a rented apartment. Part of the rental is paid by the municipal authorities, and the rest is paid by the family surviving through hard times. As all the income of these poor people is only a tiny pension and a social allowance. It is hardly enough for simple products. Meanwhile, the two ill persons in the family require constant treatment, medicines and care.

We kindly ask you to take the sorrow of Murtaz Shavidze close to your heart and to provide assistance to this young man in form of medicines, hygiene products and food.

Stay close to people who you could save, people, for who you are the ultimate hope! 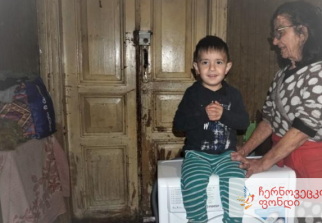 Ill adults
Georgian lepers living in hell!
Friends, when you see what a life these unfortunates have, you will certainly get horrified! They are lepers. Not for us - people who know that there is God, but for officials who are obliged to help them! Will we leave them in trouble and turn our backs on them as well? Just look at the photo.
toplanmıştır
37.139,75 ₺
supporters
418
Projeyi desteklemek 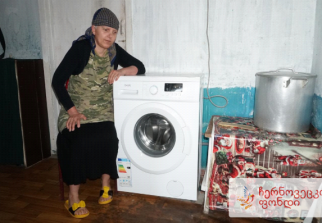 Ill adults
All kinds of illness, poverty, suffering fell...
"I am not afraid of death, I am afraid for my daughter, for my husband, they are sick and cannot cope without me!" - Lela bursts into tears. A year ago, she was diagnosed with the last stage of cancer. It would seem, that nothing could be worse. But this is only a small piece of the grief that befell this kind Georgian family...
toplanmıştır
22.285,59 ₺
supporters
394
Projeyi desteklemek 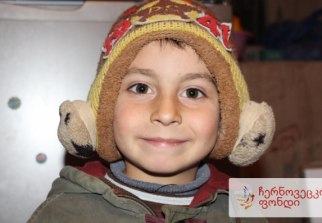 Ill adults
My children are afraid of me...
“Look, my mom has seven stitches on her head!” - a little beauty Bella says - “Such terrible things happen to her! She collapses, rolls her eyes, and can’t stop shaking! " Oh, God! There is so much sadness in the beautiful eyes of this child... The baby is only 9 years old, every day she sees how her dear mother suffers severe attacks, she sees how a terrible disease drains her mother’s life force. A child's heart hurts, because her mother can collapse any second and hit her head - anything can happen to her!
toplanmıştır
6.443,19 ₺
supporters
96
Projeyi desteklemek 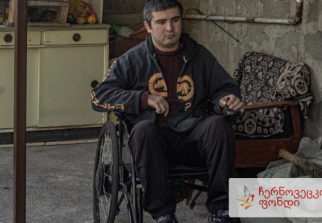 Ill adults
The kindest mom in the world!
“I’m Zakaria. I am 31 years old. I realize that I am a grown man, but I need my mom, as in the first years of my life. I am disabled, no matter how rude this word sounds. Yes, I am like this. I've been half-human for 10 years now. If not for my mother, I probably would not have been able to move at all. She makes me live. She wakes me up in the morning to do my exercises. I have no idea where she gets so much energy. She says to me: "I can do anything for you, but I cannot do exercises instead of you." She has been enduring my bad temper for 10 years now. She endures all my failures. And my small victories are only her merit. The fact that I can stand, eat and speak on my own is all thanks to my mother. "
toplanmıştır
19.364,39 ₺
supporters
190
Projeyi desteklemek 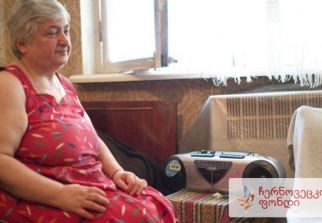 Ill adults
I died for the first time at the age of 9, and...
"How is this possible?" - you will probably ask. Mzia Dzamukashvili knows the answer to this question very well. She first died at the age of 9 when she went blind. Her world was gone. Her childhood ended and her life ended too. Mzia buried and mourned her dreams. And then she was resurrected for another life - in eternal darkness. She learned to live by touch - to walk, read, recognize other people. She learned not to dream about great joys. Her fate was like an evil stepmother, it was not going to give her love, the joy of motherhood, happiness.
toplanmıştır
4.949,93 ₺
supporters
68
Projeyi desteklemek