Ana
Projeler
Completed Projects
The dream which will come true

The dream which will come true 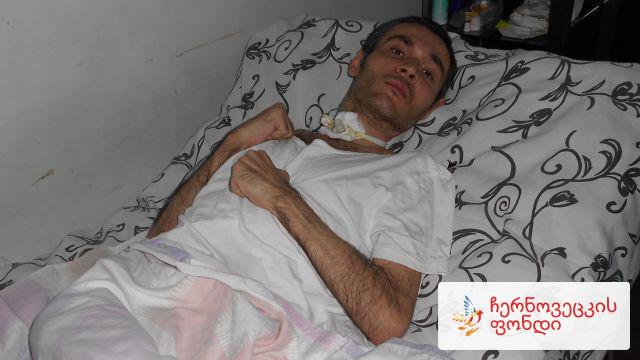 1647
Let me introduce you Giorgi. He is 37 years old. He cannot greet you; he won’t say a word, not because he is impolite, he just cannot. He is just not so lu

Let me introduce you Giorgi. He is 37 years old. He cannot greet you; he won’t say a word, not because he is impolite, he just cannot. He is just not so lucky; but it was not his fault… Yes, “such”… it’s difficult to say a word a cripple about a young virtuous man full of life – Giorgi was exactly like this a year ago.

We all love to dream about our future and to make grand plans… He wanted to work in Canada to collect some money and to come back to his home country to live in his beloved Georgia with his family. He came back…

A year ago, a fatal accident put him on the edge of life and death. The doctors gave no promises, but thanks to God Giorgi survived.

His future plans and dreams crushed like Giorgi’s health… How can we talk about his dreams or plans when since a year he is bedridden and completely paralyzed? He cannot eat, he cannot breath. For that reason he has some pipes in his body… Giorgi’s wife lost her hope and left him… Now he is alone with his mother who takes care of him like a baby… If you look into Giorgi’s eyes and see his reaction when he hears his mother’s voice, you will understand what he is dreaming of. He might wish to have his mother next to him, to hug her and to pamper her… That’s what you will see in the strong, energetic and noble person’s eyes… He was just like this a year ago.

His mother is always next to him, Manana trusts in God’s Bless… But she cannot anymore… Mother is next to him, but she cannot be awake every night, she falls asleep… This might cost her son’s life… Life to which they have been clinging to during a year… Mother has no strength anymore, except Giorgi she must take care of Tamari, Giorgi’s sister, she’s a disabled person of the first group… Four grandchildren… and her little patients at work. Manana works as a nurse at children’s clinic. Yes, she works, because government subsidies are not enough for her large family, and the money she had collected she has already spent and the things she had bought she has already sold and used this money to support Giorgi’s life…

Giorgi’s sister has hard life too. After delivery of the fourth baby her injury of the childhood made her bedridden. Her husband has also died and she is alone with her four underage children. But this is another story, very sad and tragic.

But if this story made an effect on you, if you could not stay indifferent to Giorgi and his relatives and have a wish with our Fund to support them and give glimmer of hope not only to Giorgi, but his mother Manana, Tamar and her four underage children, we shall write what is necessary for this family, and you, healthy and strong people read this to the end and see what kind of help you can provide. These are medications (including antithrombotic, anticoagulant, antiepileptic and others). To buy these medications the family needs 2000 GEL monthly!!! The family needs also food products and financial support.

If you cannot help, please share this story, maybe somebody else could help.

Thank you to be a human 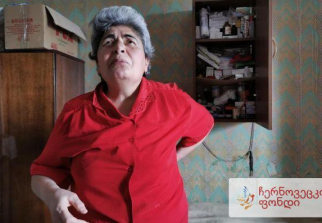 Ill adults
All illnesses are killing me at the same...
“A person's life is composed of black and white stripes, and mine is all black. Many years ago, my mother kicked me out of the house with epilepsy. Since then, I have been...
toplanmıştır
1.446,46 ₺
supporters
8
Projeyi desteklemek 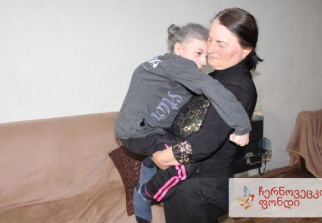 Ill adults
No one wants to make friends with me! But...
Khatuna is 29 years old. She can hardly remember when her foot stepped on the ground because too much time has passed. “Even in my sleep I can’t remember how I walked,” Khatuna...
toplanmıştır
6.964,59 ₺
supporters
105
Projeyi desteklemek 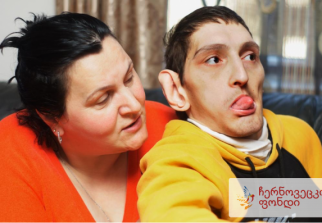 Ill adults
I will always carry him in my arms, but...
Lado was two years old when he first said "mom!" Nino has been waiting for twenty-three years to hear that word again. But Lado's condition is getting worse every day... "Lado...
toplanmıştır
12.797,93 ₺
supporters
165
Projeyi desteklemek 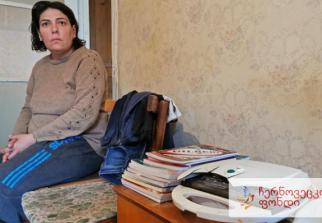 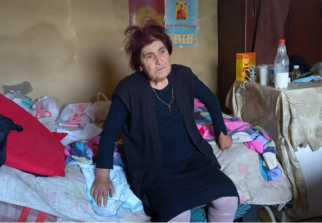 Ill adults
This god-forsaken place is slowly taking...
Lord, there's no way out from this nightmare! Torture can start at any moment. Eliso suffers terrible convulsions while she tries to call an ambulance. If she doesn't manage to...
toplanmıştır
3.337,65 ₺
supporters
84
Projeyi desteklemek