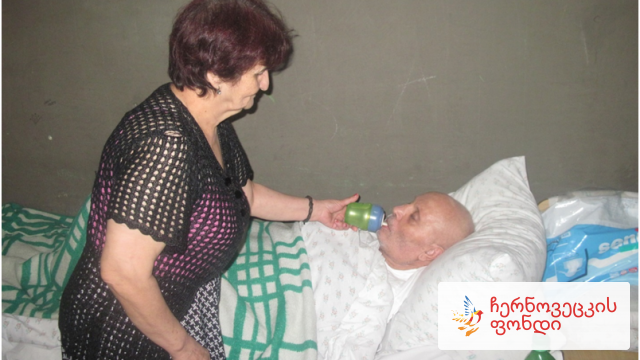 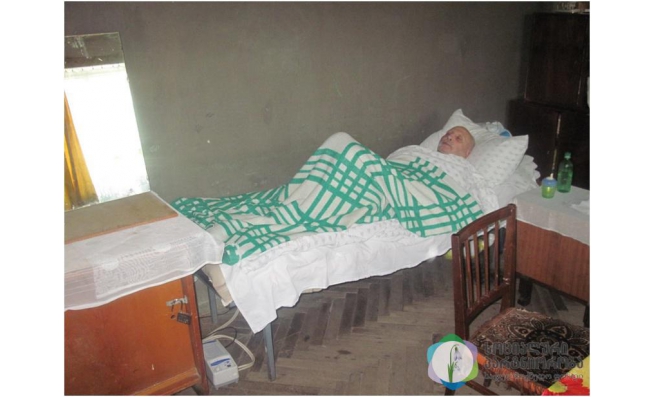 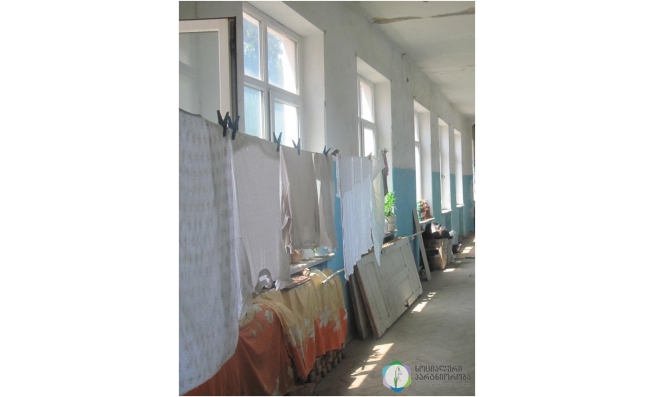 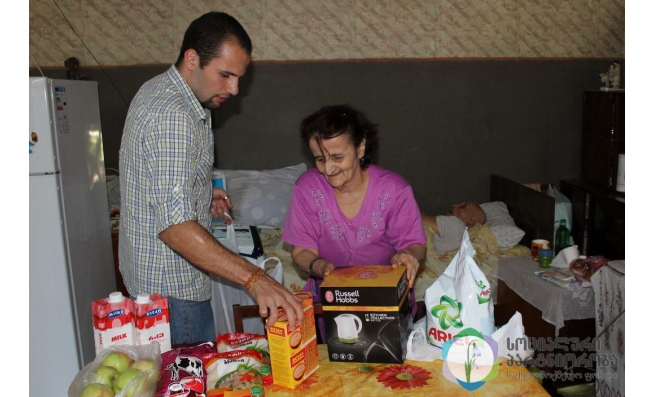 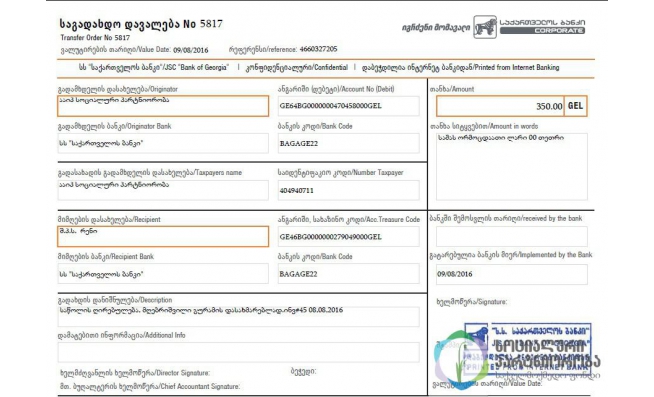 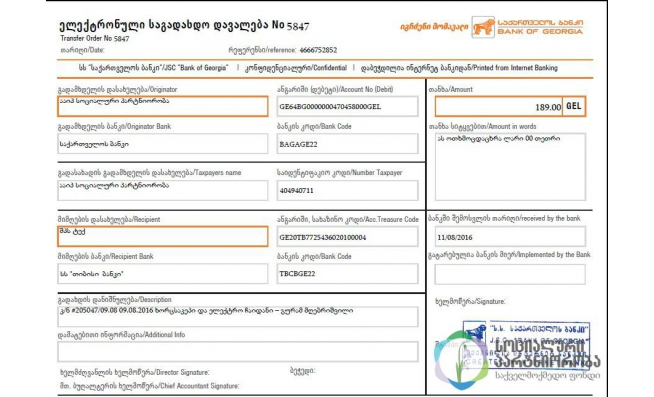 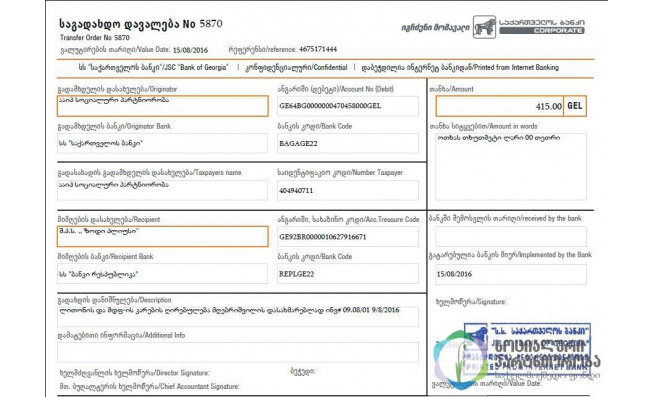 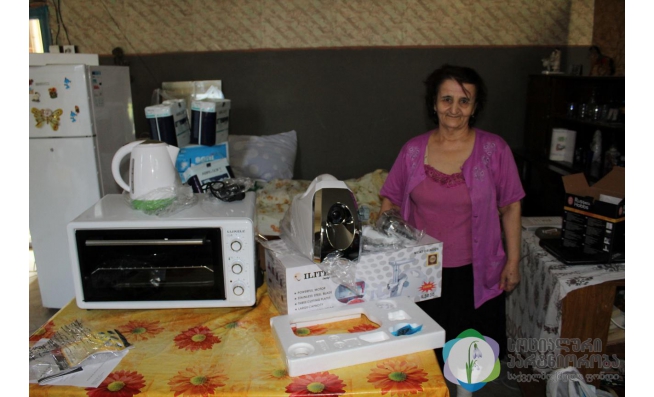 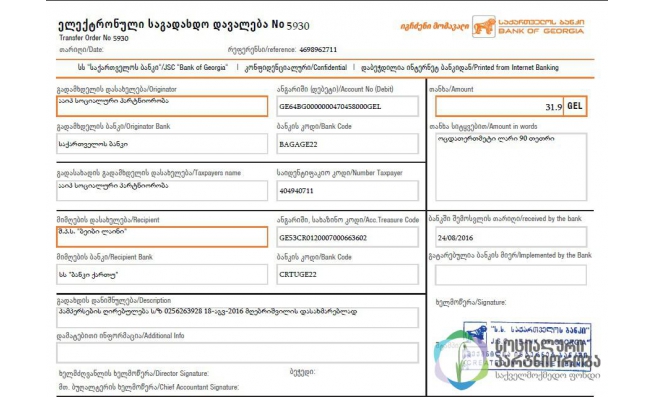 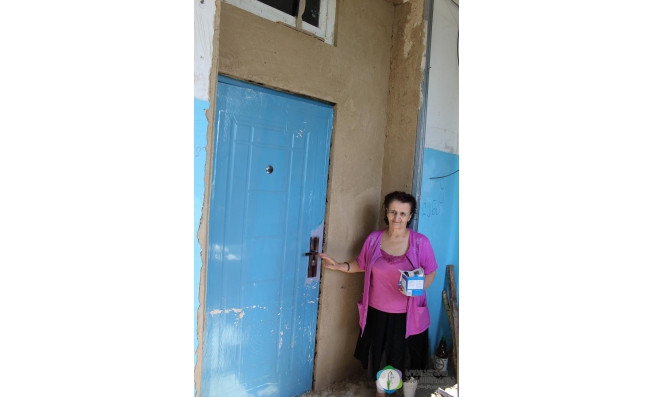 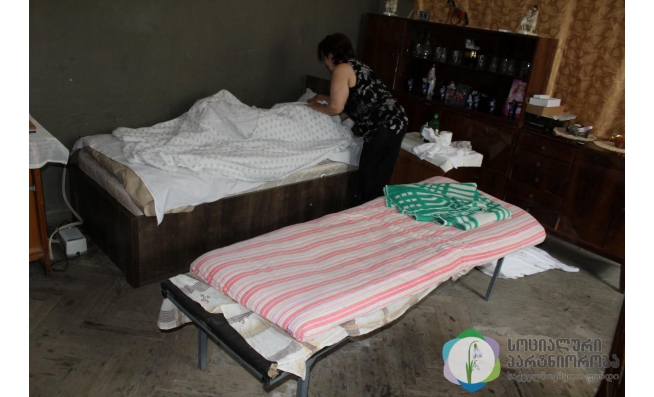 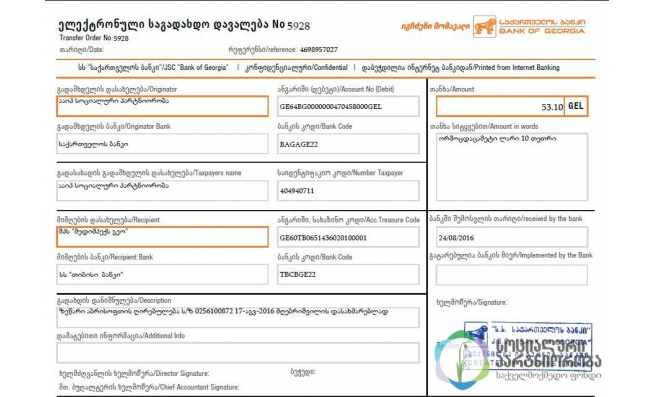 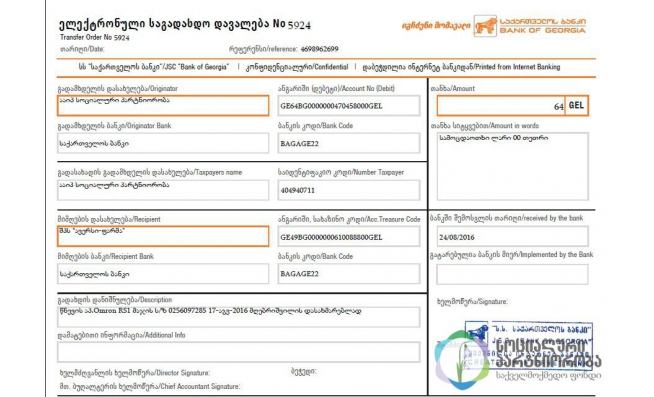 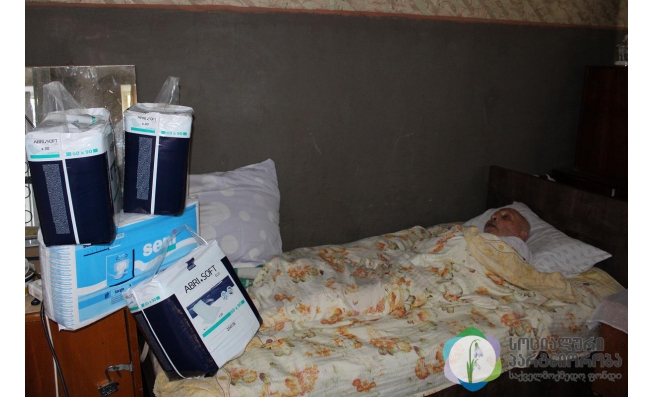 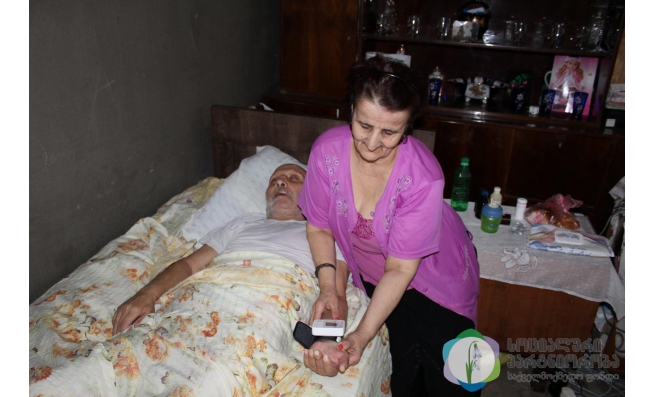 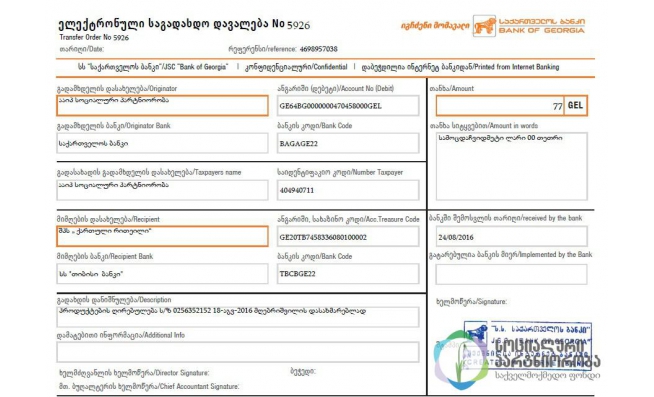 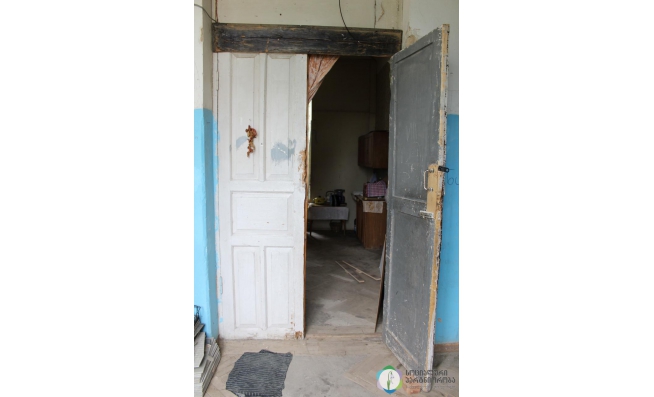 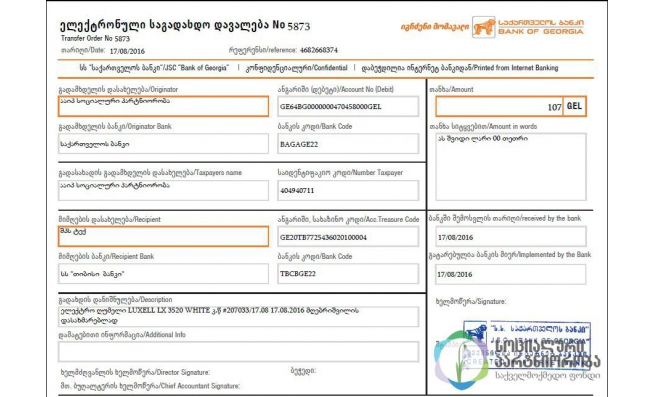 Charity Foundation Social Partnership continues introducing to you terrible destinies of our beneficiaries.

70 years old Guram Mghebrishvili is totally paralyzed and bed-ridden, his wife Lena takes care of him just like as if he were a little kid. She feeds him with a bottle, bathes and dresses him...

Mr. Guram all his life worked as a builder, constructing houses, schools and kindergartens in Tbilisi.

Together with his wife, they used to live in love and harmony, but terrible tragedy happened to them: as the result of car accident, their two minor children died.

That terrible accident made Guram and Lena even closer, just as one, they kept their love during entire life, and they are together for 44 years already!

Several years ago, standing of Guram deteriorated harshly, he was paralyzed, could not work anymore. In order to maintain his husband, to provide him with necessary medicines, Lena had to accept any job.

As the earned money was not still enough, they were forced to sell their apartment and to spend all the money on treatment. Afterwards they for some time lived with their relatives, and then moved to abandoned school in Tbilisi. In the premises of the building, in which 30 children used to study before, now these two miserable people live. Their new dwelling area is completely not adjusted to living with no amenities at all!

As you can imagine, standing of that family is simply terrible! Guram cannot move, cannot even turn his head and depends on his wife completely.

Health of the old Lena due to permanent stress and emotions is rather deteriorated: she has problems with thyroid gland and kidneys, though she never buys any medicines, telling her husband needs them more. Lena is devoted to her vow, which she pronounced while being married, that she would have loved her husband in misery and joy, when rich and poor!

As the entire tiny allowance is spent on treatment of Guram, they have almost no money for the products! Thus, they only eat the food people from the social canteen bring to them.

Having known about the difficulties of Guram and Lena Mghebrishvili, our Foundation Social Partnership did not stand aside: nurses of the Foundation provide to Guram rehabilitation procedures, we bring them food, some medicines and hygiene means.

Nevertheless, we cannot solve alone all the problems of that poor family living in extreme poverty!

Thus, we call on all hearty people who can somehow help those two poor old! They need everything badly: food and medicines, linen and hygiene means!

Please show mercy and do kind as your kind heart tells you to do! 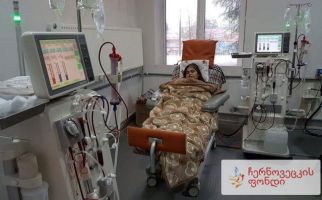 Older people living alone
They warned my family that I might lose my...
“I open my eyes, but I don’t know whether I am awake or still sleeping... If it’s dark around, scary and it hurts - it means I woke up. If it is a sunny day and I am walking in Tbilisi - it means I am sleeping and it’s a dream”.
donated
₾ 443
supporters
35
Donate